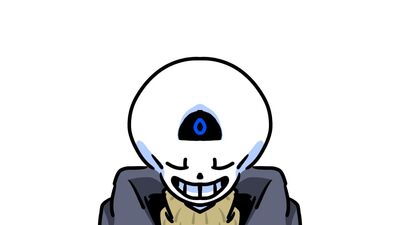 "Even After being destroyed so long ago it would seem AlphaTale has still left its mark" – D+!Sans The Alphaverse is just a term defining AUs similar to or that surround AlphaTale. Even though AlphaTale is gone it's hold or more to say it's effect on the Multiverse and creators is everlasting in... 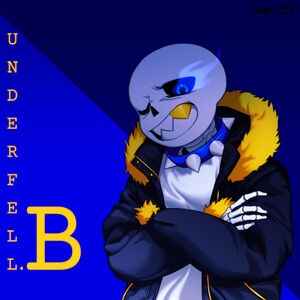 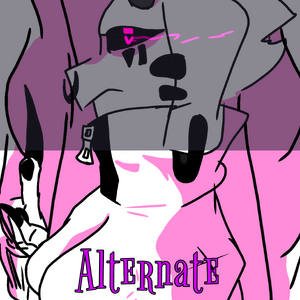 (I'm not going through chapter 6 yet)

It seems like a tough face to me because, I don't know if I remember it wrong or I translated it wrong, he said before his battle against Bio! Frisk, it's finally his turn to shine and I don't know what else, although in the Chapter he went to fight against the great Sansses of Alphatale and he couldn't do it because he was discarded as trash by Alpha's Kumu! Betty and in Chapter 4 when she finally got a chance to help against Abyss she got acted like a moron and ended up being a burden to Tint. More over in the battle itself against Bio! Frisk ended up being cut by Frisk and Tint had to face again. I'm always waiting for something to happen and for the true Alphaverse version of Fresh (like Hollowed! Ink, Dead! Nightmare or Righteous! Error) to come down to humiliate this nasty thing.

Although I did not like him because he looked like Ink and that he was supposedly going to be stronger than Ink and practically they were going to give a similar treatment to Ink as they had with Error, Tint seemed interesting to me because of the issue of Ten and that he hunted those of Alphatale, how bad that those plots were wasted. In the end, although I don't really know much about him and that his dialogues don't convey much either, in his battles he shows his face and makes me respect him. I wish more non-original Alphatale characters had that treatment, although they are not nearly as OP as Alphatale characters can still stand up in battles.

I think he's fine, he seems the most reasonable of his group. They didn't paint him very powerful as D + either, so I can't really complain about the power of him. But I'm just saying that a Horror from another multiverse could defeat him.

Abyss frankly I don't know how to feel. They show him as not very reasonable, but well that's something typical that they do with Alphaverse characters so I can't say much either. His power seems very good to me and I would have liked to see more of his fight against Tint and lively. His murder is what does not fit me, since at first it seemed a somewhat important piece for the history of Alphatale after its destruction, killing him so quickly on the one hand seems good to me since they eliminate non-Alphaverse characters because it seems that they do not know What does he do with them and to give more importance to the Alphaverse characters, but on the other hand it seems to me that if they were going to kill him faster he would have put a random Sans and a Sans from Alphaverse.